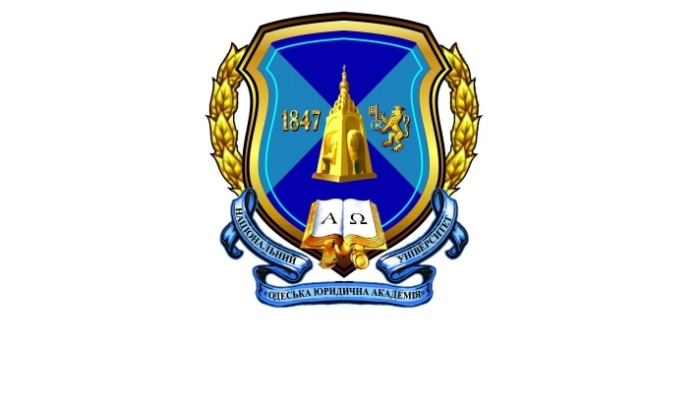 Today, the National University “Odessa Academy of Law” is one of the centres of legal education and science in Ukraine being a leading higher educational institution in the sphere of law, heir to glorious traditions of Odessa National Academy of Law.

By the decision of the State Accreditation Commission of the Ministry of Education and Science of Ukraine, the university was granted the license and certificate entitling to perform educational activity according to the IV, highest level of accreditation (including for foreign citizens) on the level of qualification requirements to the specialist, Master of law.

The National University “Odessa Academy of Law” is the successor to the rich traditions of Odessa school of law, the history of which is enrooted back to the year of 1847 (the time of the foundation of the law faculty of the Richelieu lyceum – the first higher educational institution in Odessa). In 1865, the law faculty became part of the Imperial Novorossiysk University. In 1997, the year which marked 150 years of legal science and education in Odessa, the Law Institute of Odessa State University was transformed into Odessa State Academy of Law. And one year later, the university acquired membership at European University Association; in 2000, the Academy was granted the status of a national higher educational institution.

By the 2 September 2010 Presidential Decree, No 893/2010, the Academy was reorganized into the National University “Odessa Academy of Law’.

Since the very first days of our university’s life, we have attempted to create a democratic university, which would be national in form, spirit and essence. For this purpose we kept on improving the quality of education applying modern technologies for the academic process organization using the positive, innovative experience of leading foreign universities; we have also modernized material base and logistics. We have worked indefatigably to enable our university to get world recognition and high reputation becoming the leader of modern education in Ukraine.

Presently, the university is a symbol of tradition, the standard of today and prospect for the future. A real temple of science has been created, which can boast of centuries-long educational and cultural traditions as well as contemporary scientific and educational inventions.

The average cost of living – 120 USD per month

Please contact us for further information and enrollment process.

The Odessa National A. V. Nezhdanova Academy of Music
NEXT CONTENT